BEIJING, Oct. 20, 2020 /PRNewswire/ -- Phoenix Tree Holdings Limited ("Danke" or the "Company") (NYSE: DNK), one of the largest co-living platforms in China with the fastest growth, recently released a comprehensive survey on the spending behaviors and attitudes of Chinese millennials. The survey revealed that about 66.5% of Chinese millennials and Gen Z consumers have a balanced approach to budgeting and personal spending. 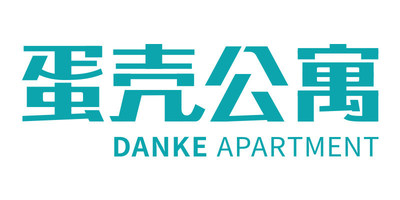 The survey was conducted on Danke's platform starting at the end of September. The survey aimed to better understand the lifestyle and consumption habits of Danke's main tenant demographic, China's millennials and Gen Z. Over 3,700 responses were collected for the survey.

The survey also inquired about spending habits. When asked about the most important factor when considering buying an item, 49.7% of respondents said practicality and function, followed by brand reputation (23.1%), price (16.2%) and packaging design (10.9%)

When asked about how they prioritize spending discretionary income, 34.5% of respondents said they prioritize investing in themselves by taking classes on fitness, tea ceremony preparation, flower arranging, and foreign languages. 31.7% said they would use discretionary income to improve their current living conditions, while 27.4% said they would put leftover money into their saving account. This response indicates that the younger generations care about self-improvement and educational experiences.

"Buy now, pay later" is a common spending trend amongst younger generations in China. With credit cards and online consumer credit services now readily available, consumers can now buy products first and pay for them later. Such services enable consumers to pay in installments if the cost is too high to pay off initially. According to the survey, 91.8% of respondents have used credit cards or online consumer credit services such as Alipay Huabei and JD Baitiao. When asked what products they tended to use these services on, male respondents mentioned daily expenditures, consumer electronics such as mobile phones and laptops, and trendy sneakers. Female respondents tended to spend on daily expenditures, apparel and handbags, and consumer electronics such as mobile phones and laptops.

This survey indicates that millennials in China tend to have different attitudes towards spending than previous generations. They are more willing to spend on improving their day-to-day lives and invest in personal development, indicating healthy and balanced consumption habits. The survey also shows that the younger generations are increasingly taking on part-time work or using consumer credit services to supplement their monthly salary and cash-flow needs. Millennials and Gen Z also prioritize self-improvement and experiences as well as buying goods.

Danke, one of the largest co-living platforms in China with the fastest growth, is redefining the residential rental market through technology and is dedicated to helping people live better. Empowered by data, technology, and a large-scale apartment network, Danke's vibrant and expanding ecosystem connects and benefits property owners, residents, and third-party service providers, and delivers quality and best-in-class services through an innovative "new rental" business model featuring centralization, standardization, and a seamless online experience. Danke was founded in 2015 and is headquartered in Beijing, China. For more information, please visit ir.danke.com.